We had a genuinely enormous amount of snow in Colorado this spring. I’ve been just dipping my toe into mountaineering, and information about the size of the snowpack is really useful for a bunch of reasons; most obviously, should I wear snowshoes, microspikes, or regular ol’ hiking boots?

At first I had a hard time figuring out snow conditions up in the Rockies. Weather forecasts are usually pretty accurate, but they only tell you how much snow is falling, not how much is on the ground. Hikers often post trip reports on 14ers, SummitPost, or Reddit, and those are helpful anecdotes, but without a recent and reliable word-of-mouth report it’s hard to be sure just how much snow is up there.

Then I learned about SNOTEL!

The Natural Resources Conservation Service (NRCS), an sub-department of the USDA, maintains a system of base stations throughout the western US that monitor weather and climate conditions. Among numerous other sensors, they include snow pillows which weigh the snow above the base station and estimate its depth.

Conveniently, they provide base station data (including snowpack depth) as an interactive map! That’s been so helpful this spring and summer. 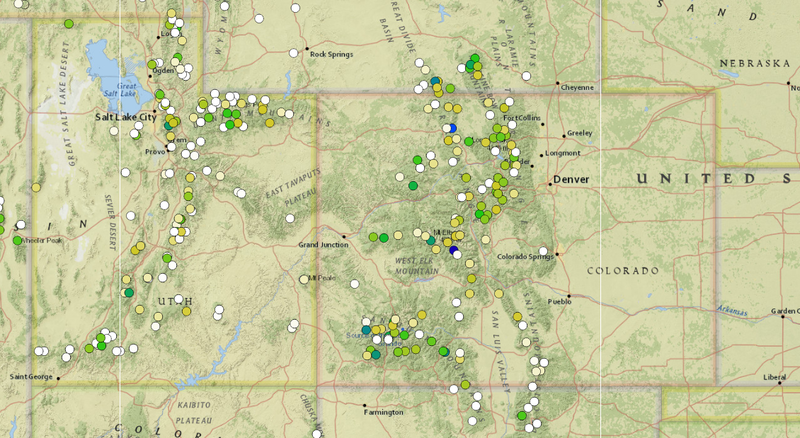 So that’s really useful. But I’m an engineer, and I was curious to know how the base stations transmit data to NRCS. Most of the stations are too remote for wired communication to be practical, and mountains can block radio signals. And they’re pretty far apart for a mesh network… could they use satellites, maybe?

It’s so much cooler than satellites!

Throughout the day, countless tiny meteors burn up in Earth’s atmosphere. They leave ionization trails in the atmosphere, about 100 km above the ground, which persist for a few seconds. That’s just long enough for a transmitter to bounce a radio signal off them and pass along some data, which is exactly what the SNOTEL stations do. 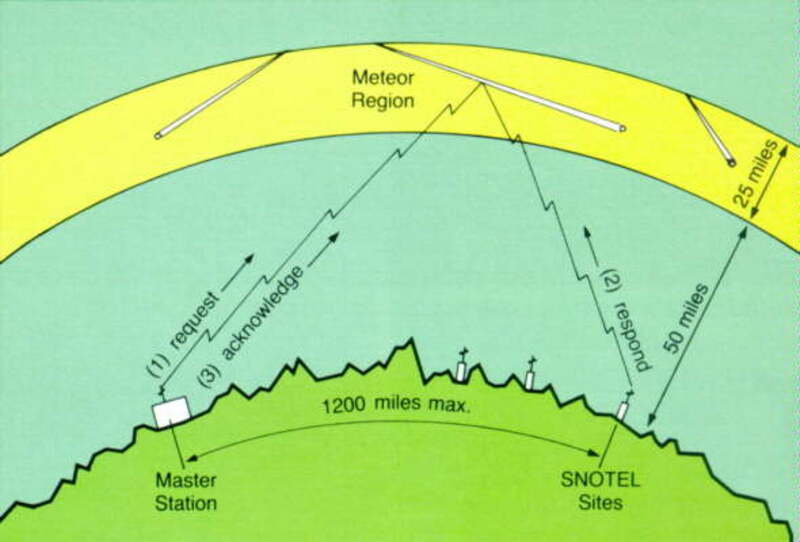 This propagation mode is called meteor burst communications. It’s useful in areas where point-to-point communication is blocked (e.g., in the mountains) or where satellite communication is difficult (like the higher latitudes). Along with SNOTEL, MBC is used by Alaskan weather stations, military installations,1 and amateur radio enthusiasts.

All this is to say that, when I’m deciding whether or not to strap some snowshoes to my pack, I’m basing that decision on the data that eight hundred USDA weather stations bounced off some goddamn shooting stars.