A PDF of this article is available.

I recently applied for, and received, Canadian permanent residency. Several friends have expressed interest in doing the same, so this article describes the steps involved and my experience with the process. 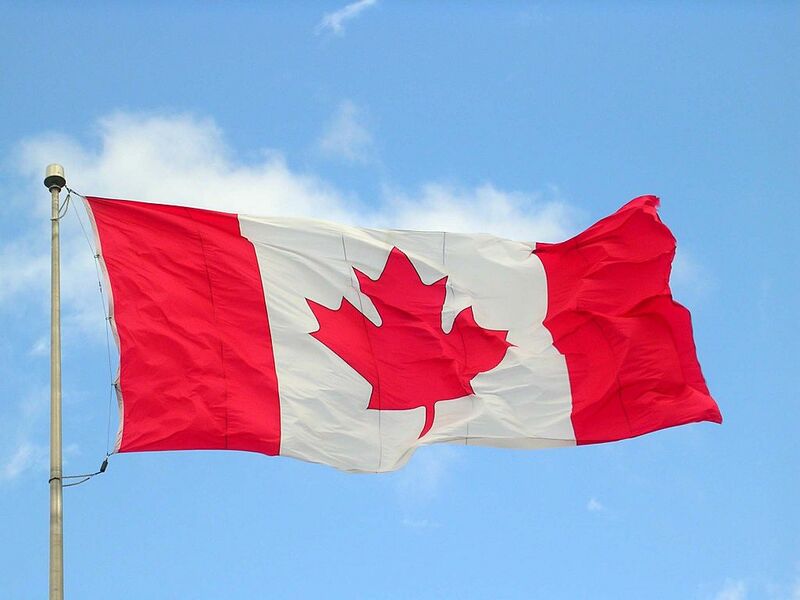 Well, first, my fiancée Jenny is a dual citizen, and we’d love to spend (at least) a few years up north! British Columbia is beautiful, with tons of options for mountaineering and skiing and cold-water diving, and Vancouver has a reasonably good tech scene. I’ve never lived outside the US for more than a month or two before, so it would be a good opportunity to grow a bit. And, of course, who doesn’t love a civilized healthcare system?

Second, American politics have started feeling a little higher-stakes than usual over the past few years. Jenny’s a US citizen, but she’s also an immigrant, which isn’t a comfortable thing to be just now. Without sounding too paranoid, one of the lessons of history is that situations can deteriorate surprisingly quickly. Obtaining residency takes about a year, so I didn’t see a good reason to delay.

For context, I’m a fairly young US citizen and a native English speaker. I’m also an experienced software engineer with a graduate degree. I’m absolutely playing the immigration game in Easy Mode. If you’re in a similar situation, this might be a useful guide for you. If not, well, I apologize and sincerely wish you the best—I hope this is still helpful, but I can only speak from my own experience.

I applied through Canada’s Express Entry program for skilled workers. This process has three stages:

This process involved a lot of paperwork and coordination, but it was fundamentally easy. My application’s status and next steps were readily available online through a portal run by IRCC (that’s “Immigration, Refugees, and Citizenship Canada,” the Canadian counterpart to the USA’s INS).

Notably, I didn’t even need to visit Canada before I was granted my Confirmation of Permanent Residence, the penultimate step before the formality of a landing. Let those who claim US immigration is uniquely lax take note!

First, you need to apply to enter the Express Entry pool as a skilled worker. To do that, you’ll first need to:

Once both of those reports have been sent to IRCC, apply as a federal skilled worker on their website. You’ll need to provide some verification numbers to link the reports to your application. Once you’ve submitted the application, you should hear back within an hour or so (it’s automated, I think).

If you’ve met the requirements for Express Entry you’ll be assigned a CRS number (“Comprehensive Ranking System”) which numerically represents your desirability as an immigrant. You’ll also enter the Express Entry pool.

Every two weeks or so, IRCC selects the top candidates in the pool (for the last year or two that’s been the 3,900 candidates with the highest CRS scores, which are usually above about 440–450) and invites them to apply for permanent residency (via the “invitation to apply,” or “ITA”).

As I said before, I’m fairly young, well-educated, a native English speaker, and working in a high-demand profession. While I’m currently engaged to a lovely Canadian citizen, that fact wasn’t taken into account in the application. But the other factors were more than sufficient, my CRS score was 465, and I was invited to apply in the first round after I entered the pool.

The full permanent residence application involves verifying all your claims, so it’s much more thorough than the Express Entry application. It’s also quite a bit more hectic, since invited candidates have only 60 days to submit a full application before being thrown back into the pool.

A couple of months after sending in the application, IRCC requested my biometric information. That involved getting fingerprinted at a local USCIS office. There was one within an hour’s drive, and the process wasn’t too complicated. I didn’t even need an appointment.

If everything’s shipshape you’ll be asked to send a self-addressed envelope and some Canadian-sized passport-style photos to IRCC. They’ll use that envelope to return your Confirmation of Permanent Residence (“CoPR”) letter. The photos have fussy requirements and I’m useless with a camera, so I threw up my hands and had them done at a local camera shop which guaranteed that the requirements were met.

Getting a self-addressed envelope that can be sent back across international borders was similarly trickier than I expected, and I had to create an account on UPS’s Web site and call up their customer service to have them walk me through the process.

My CoPR arrived at my place in the States a few weeks after sending off the paperwork.

You’ll need to visit a Canadian port of entry to present your CoPR and actually become a permanent resident. That process is called a “landing.” And you’ll need to do your landing fairly promptly, since the CoPR expires one year after your medical exam and therefore probably about five months after receiving your CoPR.

The landing can be done at any Canadian border or airport.2 Go to immigration as you usually would, tell the officer that you’re there for your landing, and they’ll funnel you through the process.

Bear in mind that if you’ll immediately want health care coverage you should avoid landing in Ontario or British Columbia; both of those provinces have a three-month waiting period before new residents can get coverage. Other provinces have different rules—Alberta gives coverage immediately, I believe, for example—so you’ll want to look into that if that’s something you’ll need.

Nevertheless, we decided to do my landing in Vancouver. We were still living in the States, so I didn’t need Canadian insurance immediately, and we wanted to scope out the city as a potential place to live. The landing itself took an hour or so and was thoroughly painless.

Within 60 days of your landing you’ll be mailed your permanent resident card (colloquially, your “maple leaf card”). However, IRCC can only post to a Canadian address, so you’ll need one of those! Since we weren’t living in Canada, and therefore didn’t have a mailing address, I had the card sent to a family friend living in British Columbia who forwarded it to me in the States. IRCC formally discourages mailing PR cards across borders, since they could be lost, but I couldn’t find any specific prohibition against it and it seems to be fairly common practice.

Once you’ve got permanent residency, the next steps are to apply for a Social Insurance Number, which you’ll need to work in Canada, and a provincial healthcare card. But that’s outside the scope of this article!

How long did it take?

I started my application at the end of June 2018 and received my permanent resident card in October 2019. So, in my case, about 16 months. I made a few missteps that slowed the process down; notably, I started applying before I’d taken my English test, and later I didn’t realize I had to have my transcripts verified. Those errors probably added two or three months to the process, especially since I could have done them concurrently. I also could have done my landing immediately after receiving my CoPR, which would have saved another couple of months, but we had some other commitments scheduled.

An eligible and dedicated candidate could probably go through the whole process in a bit under a year, but I think it would be hard to do it much faster than that. If you think you might want residency a year from now, it’s definitely time to get started!

What did it cost?

There were some other miscellaneous expenses here and there (countless stamps, transportation to the IELTS testing site and USCIS office, and so on), but these were the main ones:

The whole process cost about $1,700 and maybe 40 hours of my time. Neither of those numbers includes the trip to Vancouver. That’s objectively a big chunk of change, but I think it’s totally worth it to give us the experience of indefinitely settling in a whole new country.

If you need more tangible value to convince you, well, I encourage you to consult your annual health insurance bill and compare.

What are your next steps?

We’re happily living in Colorado at the moment, but we’re considering giving up our apartment next summer and spending a few months traveling. We’re both working remote jobs, so it seems like we should take advantage of that opportunity.

After that, though, we’re discussing making the move north! One of the conditions of maintaining permanent residency is living in Canada for two years out of every five.

An interesting option is that it’s possible, after living in Canada for only three years, to apply for citizenship. That would be dual citizenship: Canada isn’t a jealous nation, so you don’t need to give up your previous passport to get a Canadian one. And citizenship doesn’t expire, of course. We’ll see!