The Bridge of Smoots 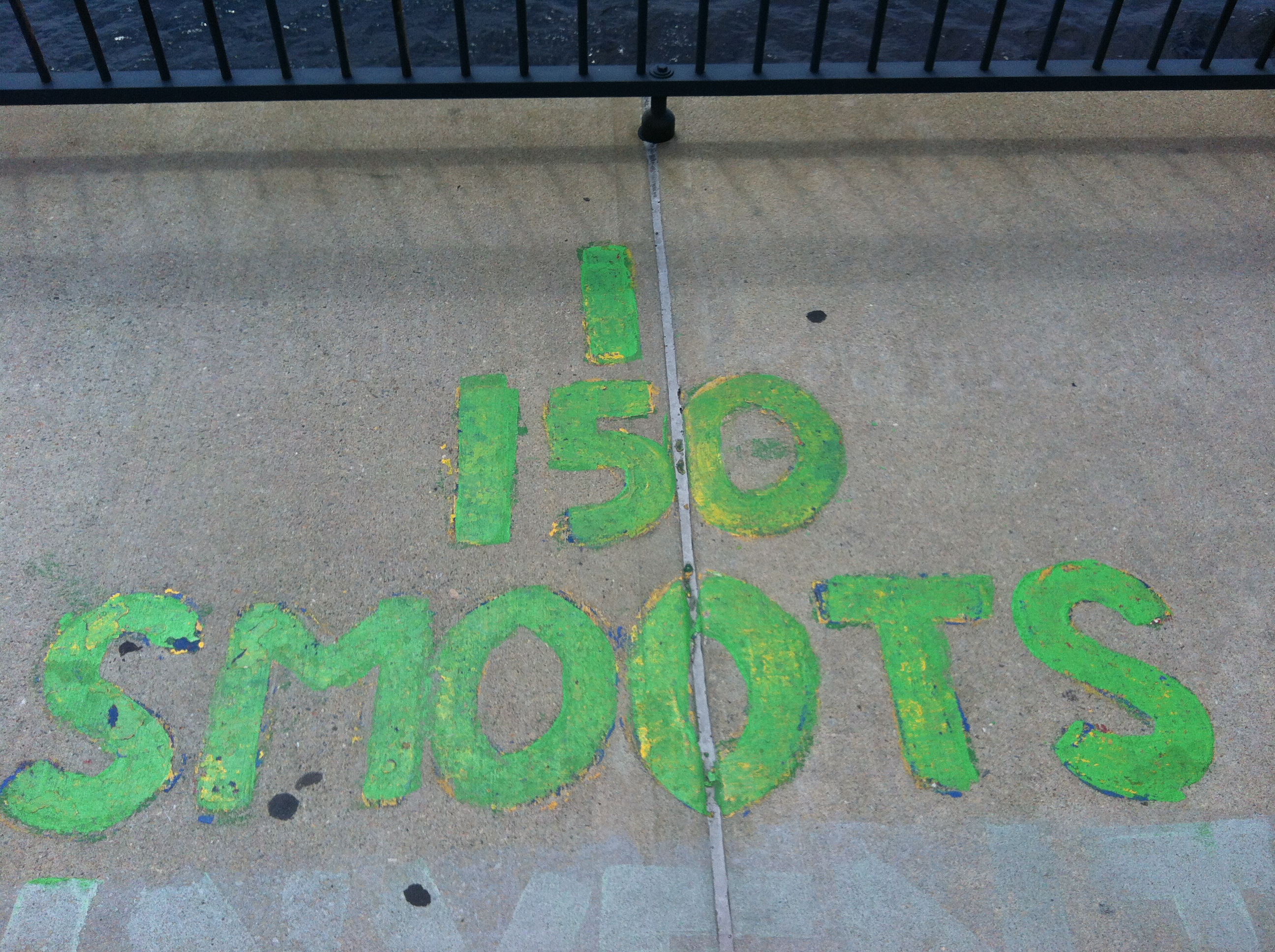 The Harvard Bridge is measured, locally, in smoots.

In 1958, members of the Lambda Chi Alpha fraternity at MIT measured the bridge’s eastern sidewalk by carrying or dragging the shortest pledge that year, Oliver Smoot (who later became president of the International Organization for Standardization), end over end.

Crossing pedestrians are informed by length markers painted at 10-smoot intervals that the bridge is 364.4 smoots long, “plus one ear”…

During the reconstruction in the 1980s, the smoot markings were repainted on the new deck, and the sidewalks were divided into smoot-length slabs rather than the standard six feet. The Cambridge police use the smoot marks as a coordinate system when reporting accidents on the bridge.