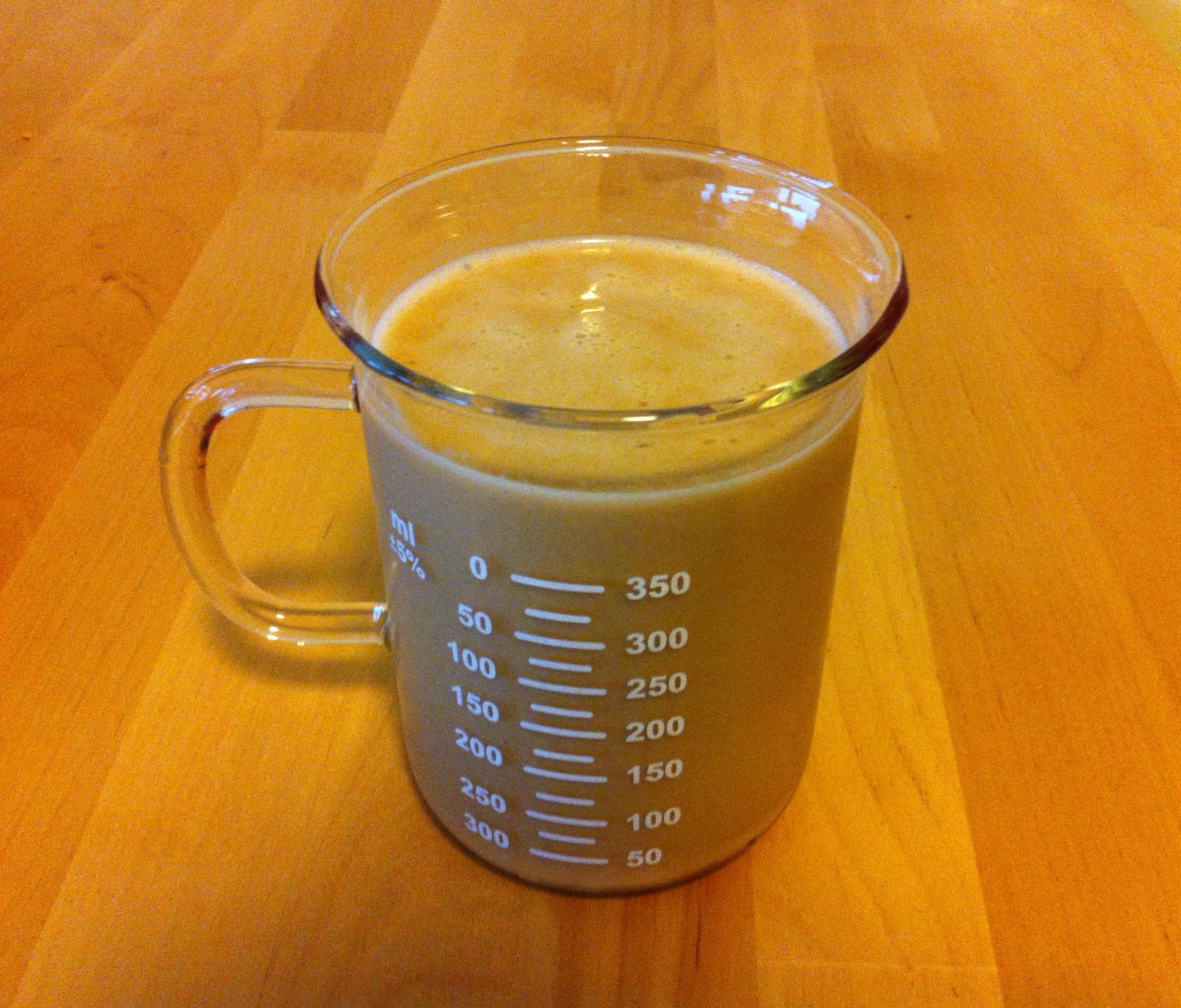 I recently ran a little (mostly unscientific) experiment. Jenny and I ordered two weeks worth of soylent to try it out. Jenny ended up bailing on Day #2 (sheesh), so I ended up with the balance. I drank it pretty much exclusively for about twelve days. In the course of doing this I fielded a bunch of questions, so I’m gonna structure this essay as a FAQ.

Why would you do this to yourself?

OK, so, first off, yes, I like eating. Unlike some soylent enthusiasts, I don’t resent food for taking up valuable time that I could spend working on my startup or whatever. Cooking and eating seem like a perfectly fine use of time to me.

That said, a few points:

What about all the social aspects of eating together?

This wasn’t nearly the problem that people seem to imagine. At lunch I’d hang out with my students and co-teachers, sipping soylent while they ate lunch. Later, I’d have a glass or two while Jenny ate and cooked her dinner (and occasionally I’d steal a bite).

Everything was as social as ever. No issue here for me.

Somewhere between a protein shake and cold oatmeal. It’s a neutral flavor, but that’s a big plus for me. If it had had a stronger flavor I’d have gotten sick of it.

Some folks like to blend stuff into it (bananas, berries, Nutella, etc). Apparently you can use it as a base for some great mixed shakes, but I almost always left it plain.

Did you eat any other stuff?

Sure, now and then. I was experimenting with soylent, not asceticism. I had a slice of pizza, a few fancy little candies, and every now and then I’d steal a bite of Jenny’s dinner. The vast majority of my nutrition was coming from soylent, though.

Did you miss food?

Meh. As I said above, I had a little food now and then.

An interesting thing that I noticed was that I stopped feeling full. I’d get hungry, drink some soylent, then stop feeling hungry, but without any feeling of fullness.

This was actually great. Ever get sleepy after lunch? None of that on soylent. Just smooth sailing.

How long did it take to arrive? 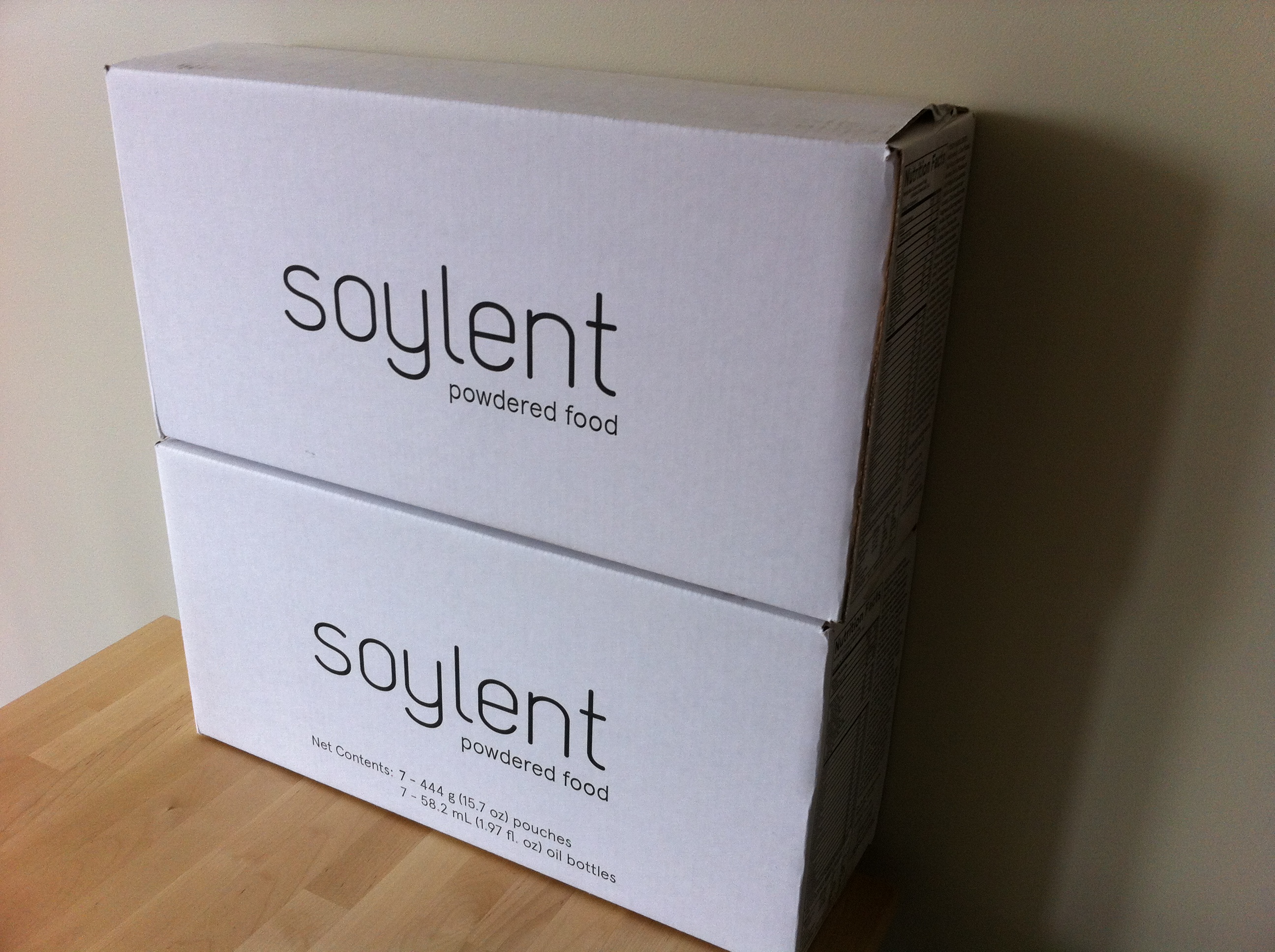 We ordered it at the end of February. It arrived in the beginning of September. That’s a bit over six months.

My understanding is that Rosa Labs has improved their fulfillment process significantly since then, so the process might be much faster now.

Did you have to ease into it?

Rosa Labs suggests spending a few days ramping up the amount of soylent in your diet. We opted to completely ignore this instruction and went ~100% from the beginning.

What about, uh, bodily stuff?

Your digestive system isn’t prepared to run on an entirely liquid diet, and it’ll take a few days to adjust. Meanwhile, gas ahoy!

As mentioned about, we jumped right in by going 100% soylent from the beginning, contrary to Rosa Labs’ suggestion. This was probably a factor.

Not really. I lost about a pound, but my weight usually fluctuates a couple pounds either way in the course of a week, so that’s probably not statistically significant.

Any other interesting effects?

For some reason, my caffeine tolerance crashed while I was on soylent. I don’t currently drink coffee, but I have regularly in the recent past and it usually takes a couple of cups before I notice an effect.

However, after mixing about a third of a cup of cool coffee into my lunchtime soylent one day I ended up with the shakes all afternoon. Strange.

I also noticed that I slept tremendously better! My hunch is that there’s something in my standard diet that I’m mildly allergic to, so I’m currently switching up my diet to suss out what that is.

Would you do it again?

Probably not full-time, but I’d love to get another shipment to have on hand as an occasional meal. It was especially convenient as a quick breakfast.