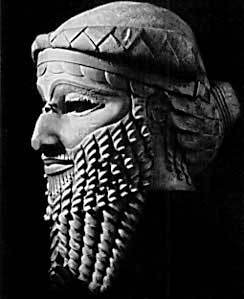 A fragment of the Epic of Gilgamesh, as read aloud in the original Akkadian by Antoine Cavigneaux.

For more voices from the beginning of the world, see also part of the epilogue of the Codex Hammurabi and an incantation to ward off rabies. And there’s a lot more. Thanks, Cambridge!

It seems that there’s some scholarly debate over the specifics of cadence and pronunciation, but based on what we know this is about as good as it gets.