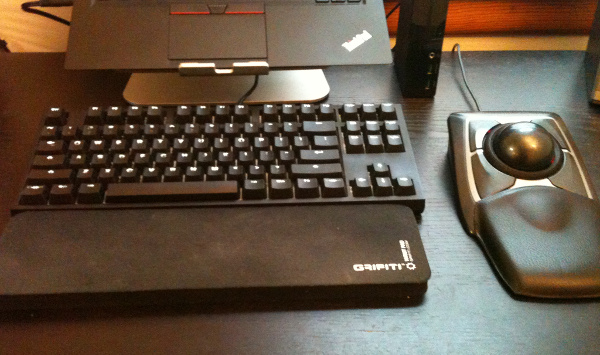 At our last EmacsBoston meetup, Paul Michael Reilly gave a talk on configuring Apple keyboards for use with Emacs. This got me thinking about keyboards in general, and I thought it might be worthwhile to put together an article about my setup, since I do a few things that might be unusual.

I like mechanical keyboards. I use a CODE Keyboard with Cherry MX Green switches, which are clicky and loud and feel terrific.

If you’d like to learn more that you ever wanted about mechanical keyboards, I’d recommend checking out r/mechanicalkeyboards.

One of the advantages of using a mechanical keyboard is that the keycaps are generally standardized, so they can be swapped out. The ones that come with the CODE by default are fine, but there are better options out there.

A friend of mine recommended that I pick up some Vortex double-shot keycaps, which are just lovely. They’re a little bit heavier, and the surface of the keys has a bit more texture and less shine, which feels great. 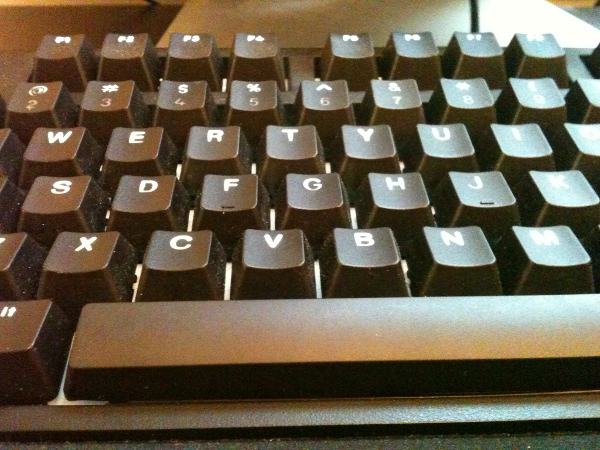 The only downside is that the LEDs don’t shine through quite as clearly, but the trade-off is completely worthwhile.

One of the nice features of the CODE is a set of DIMM switches on the back that allow you to remap keys: I set mine to treat the Caps Lock key as Control, so I don’t have to set that in software. Convenient! 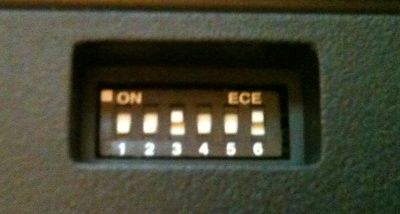 I do, however, use some software to additionally rebind my Control keys to Escape. Here’s the idea:

That’s extremely handy, since I use Evil in Emacs and thus hit Escape quite a bit. A Vim user would find this useful for the same reasons.

I use xcape to do this with i3. I’ve just got a line in my i3 config that starts it when the window manager starts:

Since binding Escape to Control is its default behavior, it’s as simple as that. I’d imagine that the configuration should be comparable in most other window managers.

Similar results can be achieved on a Mac using Karabiner.

I initially had some trouble training myself to use the Control key this way. I solved that by temporarily prying the original Escape keycap off my keyboard. That eventually worked. =)

It turns out that (at least with the keycaps that tend to fit Cherry switches) you can flip the keycap for your Space bar upside-down. This angles it toward you, and some folks (myself included) think that feels a bit better under their thumbs. 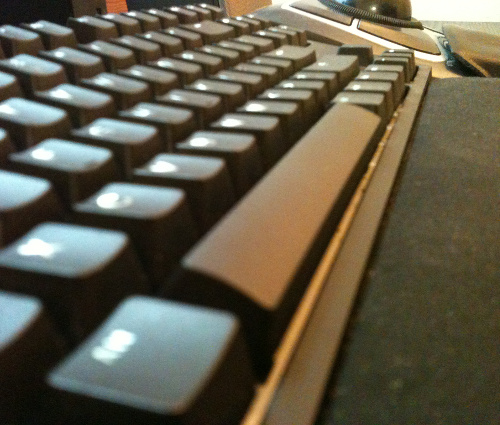 I just started doing this a few weeks ago, but I kinda like it!

Mechanical keyboards are a bit thicker that regular ones. I found that my hands were bent at a slightly too steep angle, which eventually got pretty painful. I solved that by getting a wrist pad. Any of them will probably do, but I use a Grifiti fat wrist pad. It’s the right thickness, it’s sturdy, and it’s inexpensive. 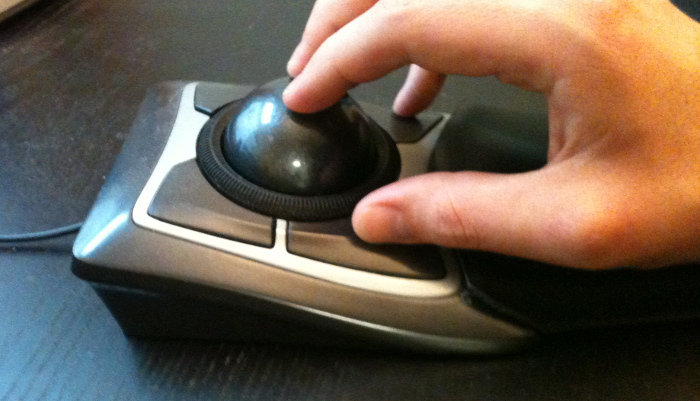 I use a Kensington Expert Mouse. It’s a weird-looking thing, and it takes a little time to get used to it. It’s actually pretty fun and efficient, though, and I have absolutely no wrist pain when I use it.