The Many Names of the India-Bird

Thanksgiving is quickly approaching here in the States, which means, of course, that it’s time for an etymology lesson. 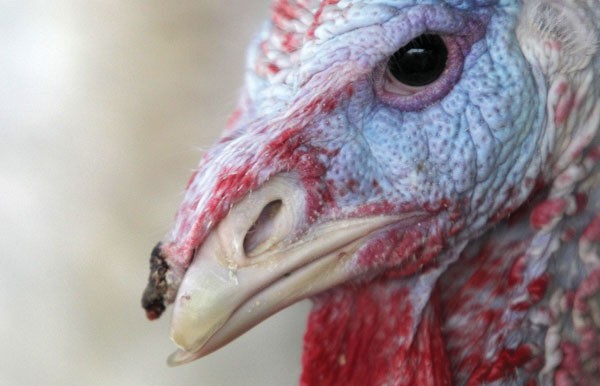 The turkey is originally from North America, where it was domesticated by the peoples of Mesoamerica a couple of thousand years ago. In the early-mid 1500s it was introduced to England by William Strickland, who encountered it on his explorations with Sebastian Cabot (and who later put the bird on his family coat-of-arms).

So why’s it called a turkey? Apparently turkeys mostly arrived in Europe by way of the Mediterranean after being imported by the Spanish, so—ignoring Strickland entirely, not to mention the native Americans—the English imagined that they’d arrived from Asia Minor, called them “turkeys,” and by the late 1500s regularly ate them for Christmas dinner.

That seems like a reasonable mistake on the part of the Brits. What’s really interesting, though, is that a whole bunch of languages assign this bird a name derived from another country. For example, while English-speakers call it a “turkey,” the Turks refer to India by calling it a “hindi,” and Hindi-speaking Indians refer to Peru by naming it “पीरू.”

It turns out that some other like-minded folks thought this was interesting, too, and they’ve created one of my favorite Wikipedia pages, List of names for the Wild Turkey. This page includes the name of the turkey in many of the world’s major languages.

Of course, this information can be compiled into a directed graph. Give it a click for a larger version: 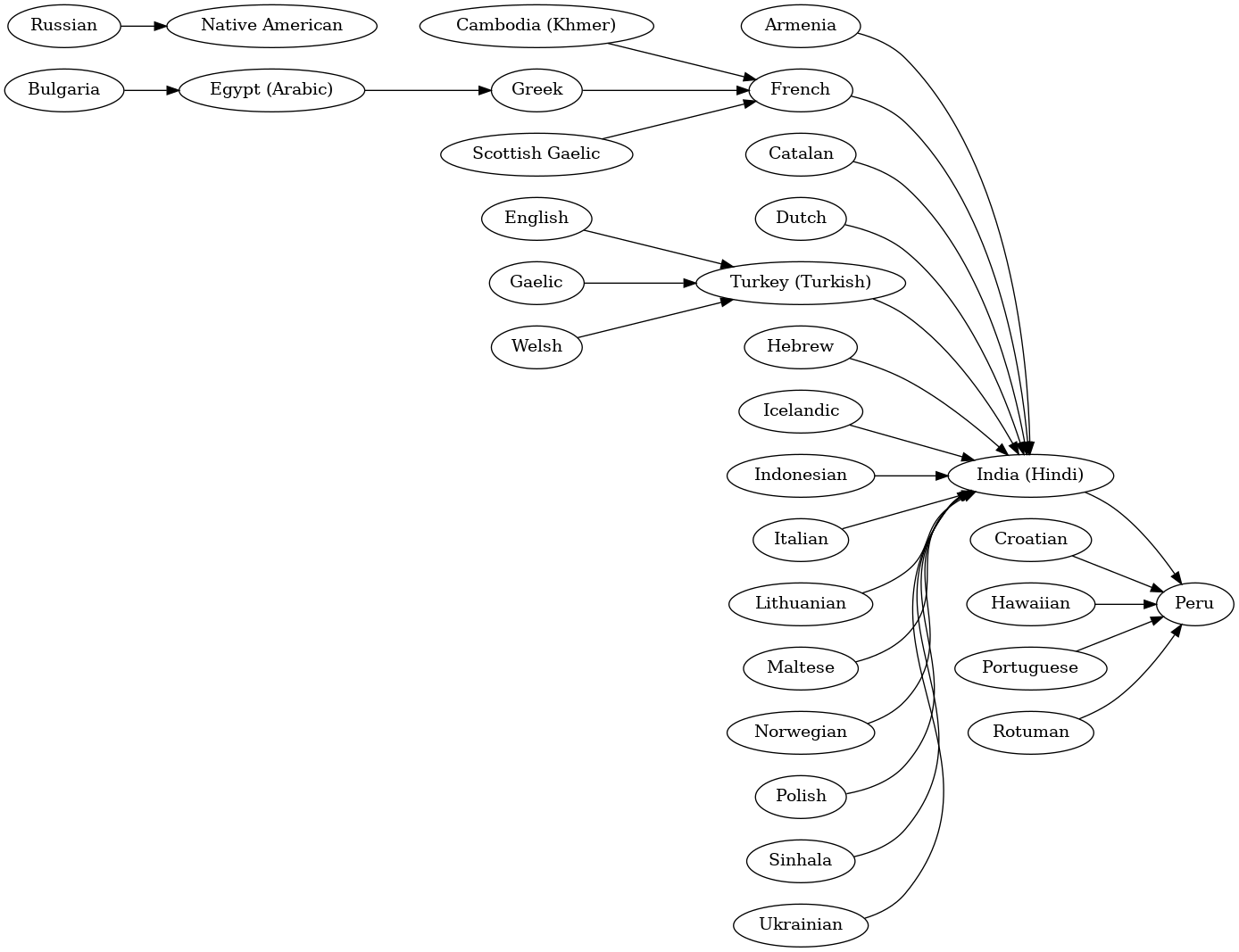 As we can see, of the languages that assign the turkey a name based on its supposed place of origin, India appears to be the most popular. Enjoy your Thanksgiving India-birds, America!