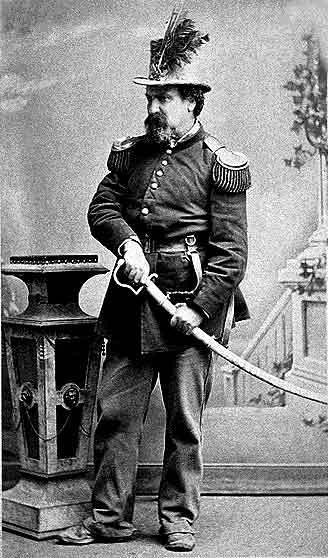 Norton the First, by the grace of God, Emperor of these United States and Protector of Mexico, was essentially a hobo king. After a failed business venture he lost his mind and spent 21 years issuing edicts to the people of San Francisco. He was apparently a benign and well-loved ruler.

Norton spent his days as emperor inspecting the streets of San Francisco in an elaborate blue uniform with tarnished gold-plated epaulets, given to him by officers of the United States Army post at the Presidio of San Francisco. He also wore a beaver hat decorated with a peacock feather and a rosette. He frequently enhanced this regal posture with a cane or an umbrella. During his inspections, Norton would examine the condition of the sidewalks and cable cars, the state of repair of public property, and the appearance of police officers. Norton would also frequently give lengthy philosophical expositions on a variety of topics to anyone within earshot at the time.

The Museum of San Francisco maintains a list of decrees issued by Norton. Example:

July 25, 1869 - Decree from Norton I that San Franciscans advance money to Frederick Marriott for his airship experiments.

Norton also printed his own money, which was eventually accepted by many San Francisco businesses.