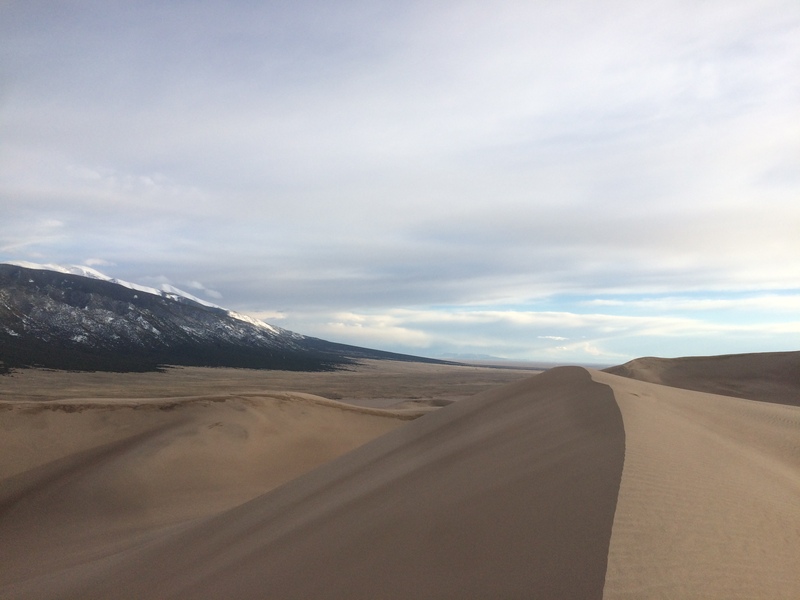 I just got back from a trip down to the Great Sand Dunes National Park. Before this visit I’d never quite taken it seriously (“it’s a big pile of sand, so what?”), but it’s really a remarkable place! 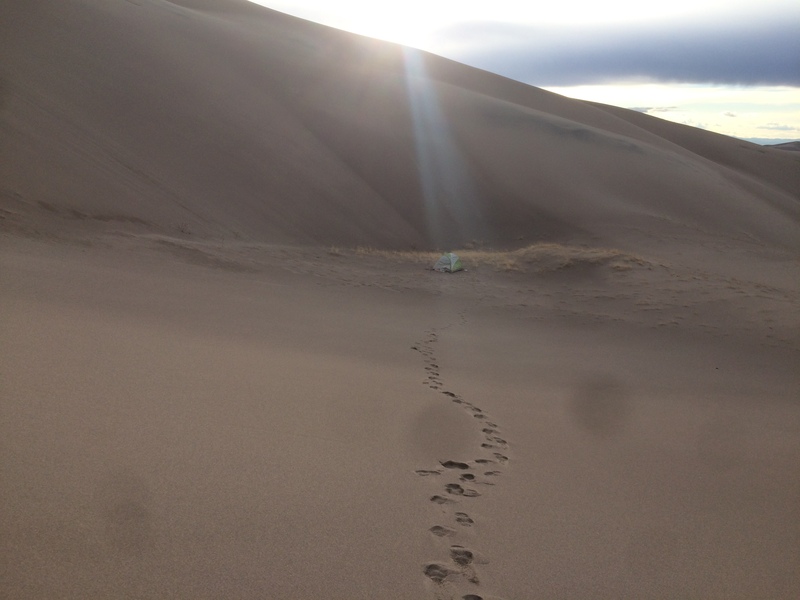 The landscape is completely alien; sand dunes hundreds of feet high next to the snow-capped Sangre de Cristo mountains. I’ve never been to the Atlas Mountains in Morocco, but I imagine it’s gotta be a similar view. 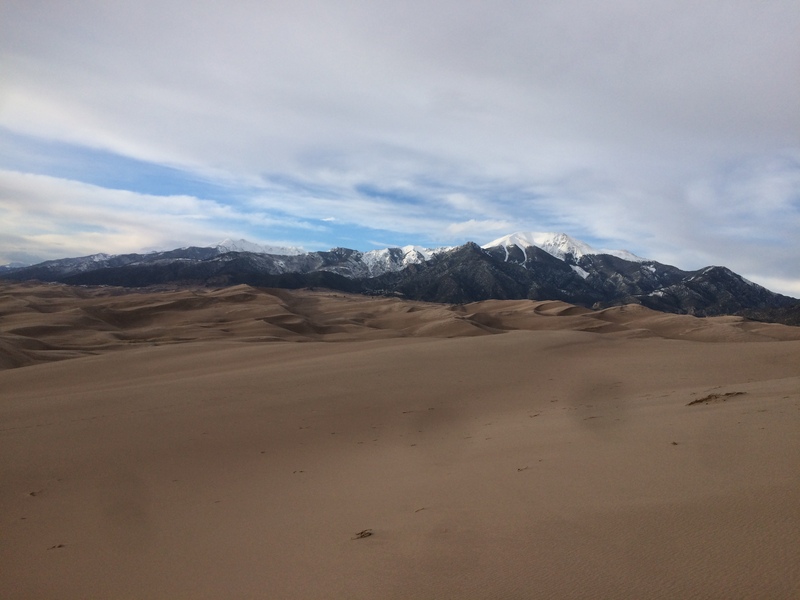 It was a little chillier than I expected, though! I checked the weather beforehand and was fairly well prepared, but I think I had some lingering “sand = warm” idea in my head. But this is Colorado, in April, at about 8500’, so nighttime temperatures dropped down to the mid-20s. That’s a bit below my sleeping bag’s rating, so I ended up wearing a down jacket and hat to bed. Not too bad, though. 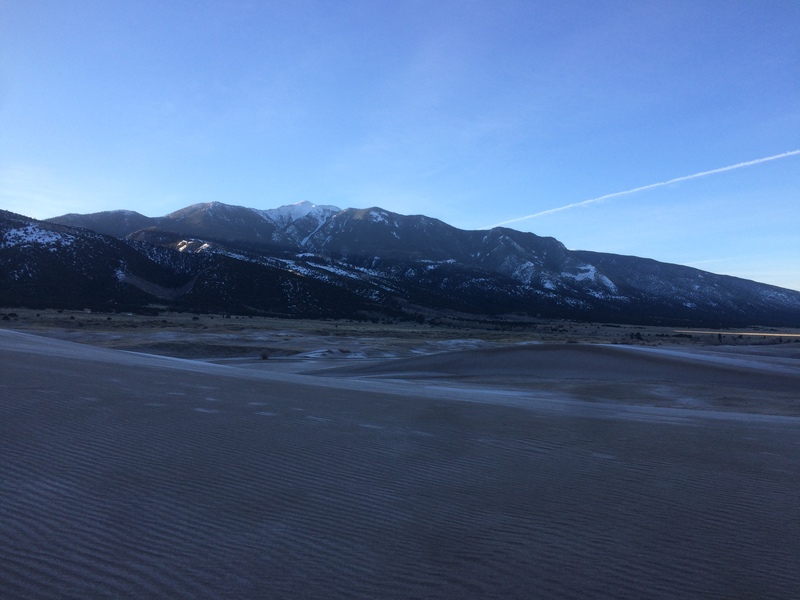 It’s also one of the quietest places in the country. There’s not much in the way of civilization nearby, and birds and other animals don’t spend much time in the dunes. Not too many other folks camping in April, either, so the silence is really stunning.