The Greeks and the Trojans

Harry R. Schwartz The Greeks and the Trojans

When a small celestial object orbits a larger one there are five Lagrangian points where a third object, affected by their gravitational forces, will maintain a fixed position. These points can be convenient places to locate satellites and other sci-fi flotsam. 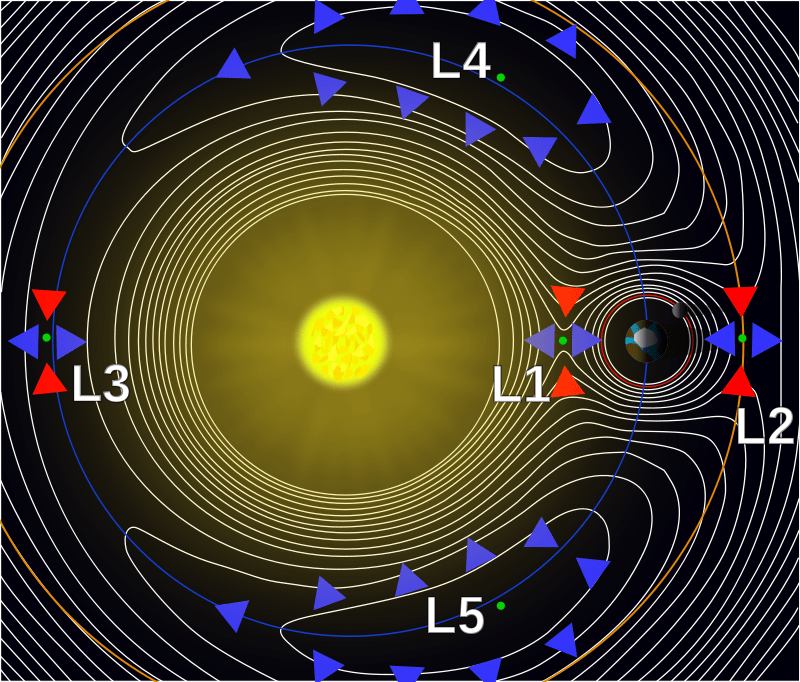 L1, L2, and L3 are unstable. Satellites located in those points would need to periodically fire thrusters to ensure that they stayed in position.

But the L4 and L5 points, located 60° from the smaller object along its orbit, are stable! And, in fact, there are often asteroids naturally located at these positions.

The Sun-Jupiter system includes two big collections of asteroids located at the L4 and L5 points. They’re named after characters from the Iliad and are referred to as the “Greek camp” and the “Trojan camp,” respectively, with asteroids named for partisans of the appropriate side.

Exceptions are made for 624 Hektor and 617 Patroclus, which were discovered before the convention was decided and occupy the opposite camps.