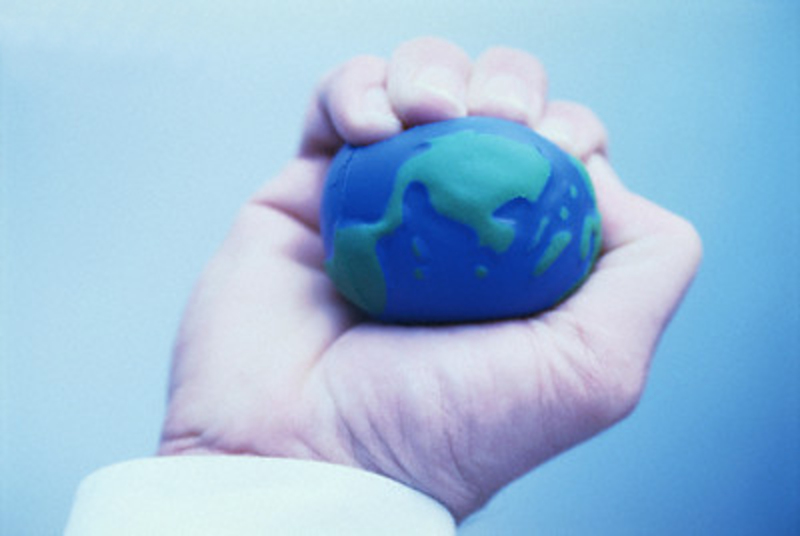 Through a series of strange events, this afternoon I found myself at a job fair catering to MBA and Finance students. Let’s not dwell on how this came about, and let’s especially skip the uncomfortable part about being the only person in jeans and sneakers in a business-formal conference hall. Errors were made. While I was there, though, I took a look around.

There was a good cross-section of government and consulting companies. The Treasury and State departments were there. So were Ernst & Young, Capitol One, IBM, Deloitte, Legg Mason, and PricewaterhouseCoopers. Each of these booths was surrounded by sweaty students in business suits carrying resumes.

At one of the booths there was a large banner advertising for entry-level hedge fund associates. Current public opinion being what it is, there was no one clustering around the table to interview. This meant that their selection of swag was on full display.

Gentle reader, I cannot make this up. They had a big bowl of squeezable stress balls, each painted like the globe.

To be fair, I recognize that hedge funds are useful in the financial world, and if I ever end up as part of a successful start-up I guess it’ll be nice to have people wildly buying up our stock in bulk at the IPO. I’m sure that the vast majority of people involved in hedge funds are perfectly decent human beings who probably believe that their work is having a positive net impact on the world. Being neither an economist nor a financial analyst I’m not really in a position to intelligently argue with them on that last point.

But these guys have got to know how they’re perceived right now. Maybe tempting prospective employees with tiny worlds you can crush in your fist isn’t the best image to be projecting?

To prove that this actually happened, I went up to the booth, feigned an interest in algorithmic trading, and got my own little stress globe. It has the company logo branded across the North Pacific.