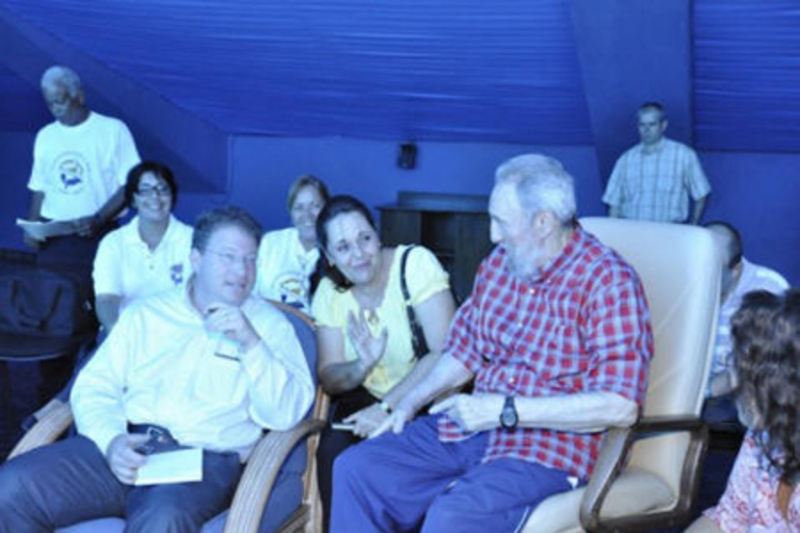 As we all know, Fidel Castro’s two great passions have always been:

In this two-part interview, Castro discusses Ahmadinejad, Israel’s right to exist, his health, regrets over the Cuban missile crisis, and the continued relevance of the Cuban economic model, mostly while touring the (apparently excellent) Havana aquarium with the Atlantic’s Jeffrey Goldberg.

I’ve never seen someone enjoy a dolphin show as much as Fidel Castro enjoyed the dolphin show.

Remember, no matter how great the world seems, it’s actually much, much better.