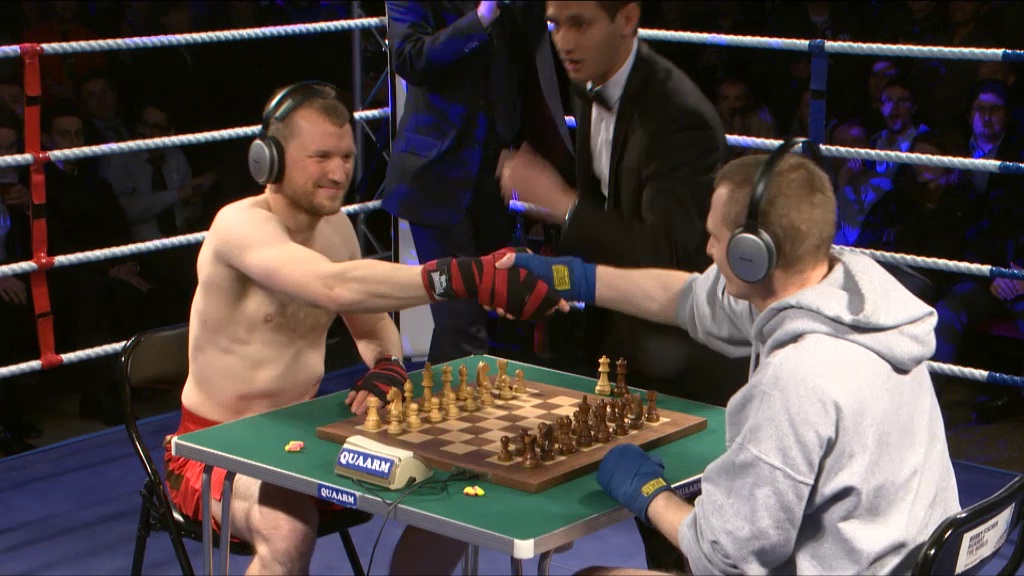 A match consists of up to eleven alternating rounds of boxing and chess. The match begins with a four-minute chess round. This is followed by three minutes of boxing, with rounds of chess and boxing alternating until the end. There is a one minute break between rounds. Speed chess is used, a form in which each player has a total of only twelve minutes for the whole game.

Competitors may win by a knockout, achieving a checkmate, by the judges’ decision, or if their opponent’s twelve minutes of chess time is exceeded. If a competitor fails to make a move during the chess round, he is issued a warning and he must move within the next 10 seconds. Repeated warnings may result in a disqualification.